Responsible Disclosure, what is it?

How do bug bounties and ethical hacking impact stakeholders?

Identifying the stakeholders is definitely important in answering this question. Personally, I believe that both businesses and organisations are stakeholders in this situation. Success or failure of ethical hacking/bug bounty programs will affect both business and organisations so it’s in their best interests that bug bounty programs are well outlined and successful. The potential reputation and financial costs that could arise if hackers were not ethical and sought other avenues to capitalise on vulnerabilities found could be immense.

Robert Mitchell from GitLab talked about how some organisation’s managers would accept the risk of breaches if they deemed the cost of preventative measures more expensive that the cost from a data breach. From HackerOne’s Hacker-Powered Security Report 2018, a spotlight on page 23 highlights the statistics of the Shopify, bug bounty program. Shopify services over 600,000 business and has resolved 759 vulnerabilities, rewarding over $850,000 to 300 hackers over the past 3 years. Can you imagine the potential damage that could occur if they were not proactive in their attempt to secure their platform? The reputation and financial loss would be huge with companies such as Red Bull and Nestle employing their services. With this in mind, it’s clear to see that bug bounty programs have a financial cost to the organisation, this is possible a negative impact on the organisation, but it is up to them to decide if the risks of a data breach are worth the financial costs of paying out ethical hackers. 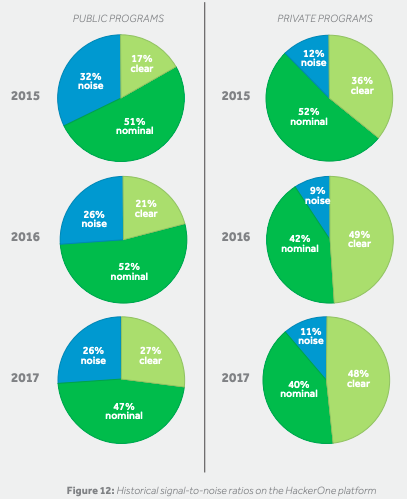